The Bible is really two books in one. One is the surface layer stories and the second is a mental map to a pure understanding that brings you peace of mind. The only problem is that one book is so easily seen that the other is lost because it takes a foundation to understand how it works.

The Bible is constantly referring to these two truths within it as a Child and a Man. The reference to a “Man” however has little to do with being male but rather it’s about having an adult or mature understanding of deeper truths.

When you can learn to see past the stories at face value you can begin to see that they are really a series of stories designed to map out a path for you to follow to gain a higher understanding.

Look at these examples below to see how these two books create a parallel of worlds. One is physical story of people and places (Child view) and the other is a mental diagram of truth (Adult).

These two worlds of influence overlay each other on the pages of the Bible but they are seldom realized because we have all been taught to take the stories as being solely literal and without deeper meaning. Unfortunately this view has hindered the truth from being discovered and has left most Christian and Jewish religions in the dark because they only read the “Child” version of what is really being said. This leaves the greatest truth undiscovered and hinders the help it offers to humanity.

Once you learn to see the Bible as an instruction manual of enlightening truths you will begin to read it very differently. But you have to understand the foundation truths it’s built up on. Now as we discussed in the earlier posts that you are really the World of Creation that is being transformed from chaos into order but it’s not so easy to see how these dynamics in the Bible work.

The first trick is to understand that this is all about building up a construct of many truths that assemble into a greater whole. This world of the mind is being constructed in a linear fashion that starts with lineage of ideals depicted as the genealogy and line of Adam. Adam is the first clear concept that has been awakened from chaos and constructed from the dust into a golem of clay that is then molded like clay into the Creators image. This means that through truth our thoughts are molded into that of the understanding of God. So as God masters your outer world you imitate Him inside you through reasoning and gain Christ (Anointed authority of the Mind) within.

Now this is not about piety, but truth. Piety to religious beliefs may sound like the right path but in reality piety will often lead you astray from the path of truth and it often gets you stuck in a false belief system that traps you in an unrealistic reality. Truth is a balance of ideals that keeps one centered in truth. We will look deeper into the ideals of truth later but for now let’s focus on the progressive process being detailed in the Holy Scriptures.

Firstly, let’s imagine for a moment that the temples of the Bible are really symbolic for the construction of a perfect understanding in the mind. We’re going to call this building process of the construct of truth your “Mind Palace”

For thousands of years the Ancient Greeks and Romans used a method called the “Method of loci”. This is a method of memory enhancement which uses visualization to organize and recall information. The Method of Loci often uses a metal journey through a place, a story, or a structure to recall a complex series of information. So imagine then that all the stories in the Bible are there to help you organize and recall a complex series of instructions and information. This process then lays out a foundation that you then build upon in your mind with many building blocks of truth.

For this reason Christ identifies Himself as both a physical and spiritual temple.

The temple of the mind starts with understandings gained by the physical world that need to be reordered to see the truth hidden in all things and thus the physical Christ which is in the line of Adam (The clay man: Son of Man) is built up into a spiritual understanding of greater truths (Spiritual man: Son of God).

It might help to realize that the word “spiritual” is not about relating to religious values but it’s rather relating to the mental processes that can’t be touched. We often relate it to feelings of the heart but as you know the heart does not have feelings. It is only a symbolic location for an aspect of consciousness that can be felt. The feeling you get however is an electrical and chemical response to certain understandings.

If you feel happy it is likely because you feel you have something correct, if you are sad it is likely because you feel you got something wrong, but it often feels better to romance the belief that the heart generates feelings. But what the Bible is referring to with terms of “spirituality” is that it is the process consciousness and its pursuits of truth. When you eschew the physical and pursuit the spiritual you are giving up an old understanding gained by the physical world and gaining a new higher sense of priorities and insights within the mind’s palace.

The Temple of God is built and torn down many times in the Bible. This is because it is the process in which your understanding grows from a child into an adult. You gain new insights that replace old insights but as you progress you often have to remove old temples to build new ones. This is much like the image of the Hindu god Kali, the goddess of death & destruction, in which old things must die to make way for the new.

So it is only when you can let go of the old man that a new man is born within. You let go of the old Adam to create the new Adam. Adam simply means man. This is not the person but the persona of truth that has grown through a lineage or line of many truths that tell a story so that you can grow from chaos to order, from dark to light, from ignorant to enlightened, from death to life.

So gain the eternal light and life of truth by letting Christ (Anointed authority of the Mind: Truth) reside within you. Build it up, tear it down and build it again.

With the insights you have just learned read the passages above and below and see if this lesson helped you to see more clearly the truths that it reveals.

This blog is a book. Please read from the beginning and please share to spread the word.

Reading the Hidden Bible, Hebrews 11:6 The translations of the Bible vary greatly by the perspective of how the words are used. Each original word often has multiple meanings that can be translated differently to fit a specific agenda. Typically the preferred view of the Bible is that of a story that chronicles the history […]

The Inner-World’s Cosmology (Part 2): The True You 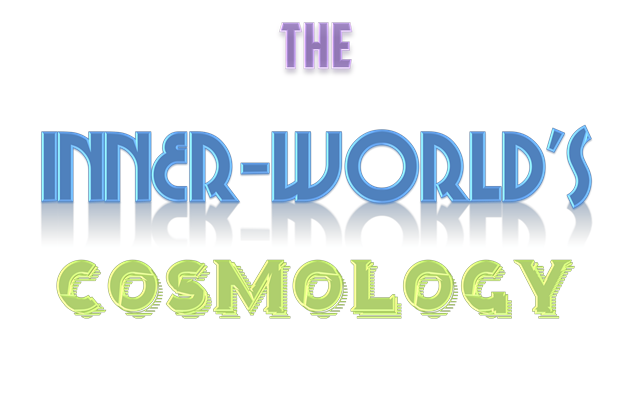 The Inner-World’s Cosmology (Part 2): The True You The True-Self (Waters) is only found somewhere in the balance between the Ideal-Self (Heaven) and the Natural-Self (Earth). But this must be a true balance or the scales will tip into extremes and throw the Inner-World into chaos. Undedicated to the process of keeping balance Jas 4:4 […]

The Inner-World’s Cosmology (Part1) By dispelling some of the old stereotypical views of Heaven and Hell it clears the way to show the deeper significance of the Bible greatest secrets. The great mystery is that the “World (Cosmos/Order)” of Creation is really the inner landscape of the psyche (Soul: All attributes of the mind) that […]

Breaking the Mold of Heaven and Hell: The Secret of the Inner-World Revealed

Breaking the Mold of Heaven and Hell: The Secret of the Inner-World Revealed By dispelling some of the old stereotypical views of both Heaven and Hell it clears the way to show their deeper significance. Hidden in the Bible is a great mystery, in that the “World (Cosmos/Order)” of Creation is really the inner landscape […]

Of Heaven and of Hell (Part 3)

Truth is often hidden in the details and understanding the root of a thing allows you to better relate to what has grown out from it. At the root of Christianity is the fear and hope for our salvation where the soul goes to a place of elevation or sinks into the earth. So perhaps […]

The Bible you've been missing

And so does this! 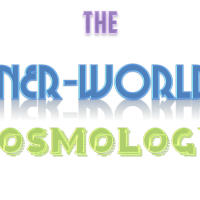 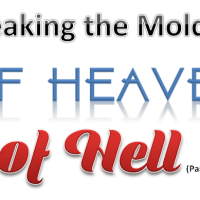 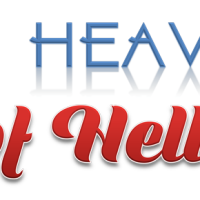 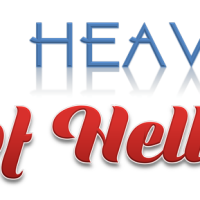 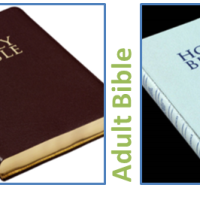 Copyright Notice 2017 © Daniel Lyons, SOulBLINDministry.com. Unauthorized use and/or duplication of this material without express and written permission from this blog’s author and owner is strictly prohibited. Excerpts and links may be used, provided that full and clear credit is given to Daniel Lyons, SOulBLINDministry.com with appropriate and specific direction to the original content.